You don't have any saved vehicles!

Look for this link on your favorites:

Once you've saved some vehicles, you can view them here at any time.

As cream rises to the top, so do the best luxury car brands. They combine performance, aesthetics, and features in a smooth way, one destined to appeal to Pensacola, Myrtle Grove, and Cantonment, Florida, drivers. So, only one major question remains: Does BMW or Lexus do it better?

BMW boasts the best in German-engineered performance, while Lexus is well known for its attention to Japanese style. Study up on what makes each brand unique and drop us a line at Sandy Sansing BMW to take your research to the next level! 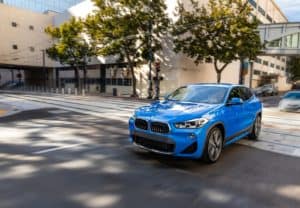 BMW vs Lexus: A Battle of the Brands

We start our closer look at Lexus and BMW by delving into history. BMW—in case you’re wondering, the initials stand for Bavarian Motor Works—is a German multinational company that traces its roots over 100 years to 1917, when it became a maker of aircraft engines.

Eventually, it moved into motorsport cars and then luxury cars. The logo resting above the kidney grilles on BMW cars features inverse Bavarian colors—and is not, as often assumed, a propeller icon!

Lexus is much newer to the luxury car scene, having made its entry in the late 1980s. The brand is known for the reliability of its models and a commitment to safety—two qualities not to be taken lightly. 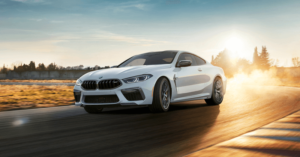 Few luxury brands boast such legendary performance as BMW. Lexus simply cannot compare. Though it features some performance-inspired cars in its lineup, only its competitor offers M performance.

“M” may be the most powerful letter in the world. BMW M models feature specially tuned suspensions, engines, and brakes designed to help you feel the thrill of the drive on the road and the track alike. You can find M performance models for the most popular Series model cars and X model crossovers.

Even the more “pedestrian” BMW models take performance to astounding heights with their TwinPower Turbo engines. Many Lexus cars also offer turbocharged engines, but they lack anything like the power of M. 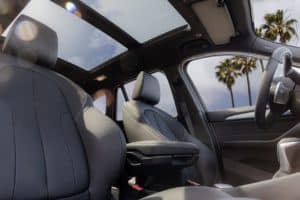 When you settle into the driver’s seat of a luxury vehicle, you want atmosphere. The best brands strive to embellish your surroundings and move you with the power of design. Lexus and BMW, with their all-so-premium available leathers, wood and metallic finishes, and headliners, do it right.

Leather-wrapped steering wheels are a fine touch, but BMW goes one step further with something that feels even finer under your fingers: available handmade, diamond-cut glass controls. These glass crystal trim pieces adorn the iDrive Controller and transmission gear selector on select BMW cars.

So, Is a BMW Better Than a Lexus?

Obviously, no brand is objectively “better” than another. It all depends on what you want from the car you choose. That said, if you crave performance and interior style, BMW knows how to deliver.

Pensacola, Myrtle Grove, and Cantonment, FL, shoppers can see what sets BMW apart from Lexus here at our showroom. Choose your dream ride and schedule a test drive at Sandy Sansing BMW!

You don't have any saved vehicles!

Look for this link on your favorites:

Once you've saved some vehicles, you can view them here at any time.